Our firm is fully dedicated and committed to customer service. We provide the one on one attention your case deserves. Whether returning phone calls promptly, responding to emails, or answering any questions you may have about your case, we are dedicated to serving you.

Mr. Bischof began his legal career in Washington, D.C. with the U.S. Navy, attaining the rank of Lieutenant Commaner in the Judge Advocate General’s Corps. During his career, he has tried numerous cases to verdict in various state and federal courts throughout New York and he has gained significant appellate experience arguing cases before the Appellate Division, Fourth Department and the New York Court of Appeals.

Recognized for his professionalism and outstanding contributions to his profession, Mr. Bischof earned a Special Service Award from the Bar Association of Erie County. He has also received numerous other accolades from his peers along with many positive testimonials and referrals from his satisfied clients.

After graduating from Canisius College in 1986, Mr. Bischof attended Syracuse University College of Law, where he obtained his Juris Doctor in 1989 and served as associate editor of the Syracuse Law Review. He holds his license to practice in New York, Massachusetts, and the District of Columbia as well as before the U.S. District Court for the Northern and Western Districts of New York, the U.S. Court of Appeals for the 2nd Circuit, and the U.S. Supreme Court.

An accomplished musician, Mr. Bischof also supports his local arts community through his involvement with Lawyers for the Arts and through the Tonawanda’s Council on the Arts for the Carnegie Art Center. He also mentors law students at the University at Buffalo School of Law and he has served as a member of the Eagle Scout Recognition Day Executive Committee for the Boy Scouts of America.

Our firm focuses on protecting the victims of motor vehicle accidents. Whether you were hit by a distracted driver or you are the victim of a hit and run we can provide the representation you need. Mr. Bischof will carefully evaluate your accident to determine fault and honestly advise whether it is in your best interest to pursue a personal injury or wrongful death claim. Once we establish grounds for a claim, Mr. Bischof can negotiate a fair settlement, or take your case to court. Our approach changes depending on your case’s unique factors. 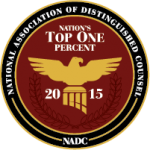 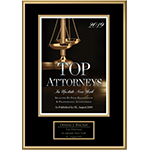 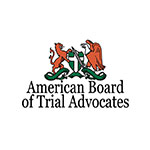 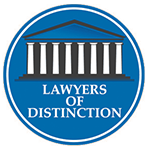 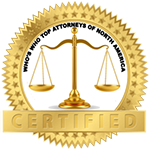 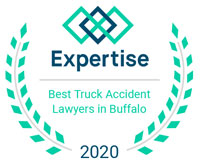 Take Control of Your Future Get a FREE Consultation

TRUST A WIDELY RESPECTED ATTORNEY WITH YOUR CASE

Dennis J. Bischof has been repeatedly selected to New York’s ranks of Super Lawyers. This rare distinction highlights his commitment to excellence and ethical counsel.

FREE CONSULTATION: 716-630-6500
We use cookies on our website to give you the most relevant experience by remembering your preferences and repeat visits. By clicking “Accept”, you consent to the use of ALL the cookies.
Cookie settingsACCEPT
Manage consent

This website uses cookies to improve your experience while you navigate through the website. Out of these, the cookies that are categorized as necessary are stored on your browser as they are essential for the working of basic functionalities of the website. We also use third-party cookies that help us analyze and understand how you use this website. These cookies will be stored in your browser only with your consent. You also have the option to opt-out of these cookies. But opting out of some of these cookies may affect your browsing experience.
Necessary Always Enabled
Necessary cookies are absolutely essential for the website to function properly. These cookies ensure basic functionalities and security features of the website, anonymously.
Functional
Functional cookies help to perform certain functionalities like sharing the content of the website on social media platforms, collect feedbacks, and other third-party features.
Performance
Performance cookies are used to understand and analyze the key performance indexes of the website which helps in delivering a better user experience for the visitors.
Analytics
Analytical cookies are used to understand how visitors interact with the website. These cookies help provide information on metrics the number of visitors, bounce rate, traffic source, etc.
Advertisement
Advertisement cookies are used to provide visitors with relevant ads and marketing campaigns. These cookies track visitors across websites and collect information to provide customized ads.
Others
Other uncategorized cookies are those that are being analyzed and have not been classified into a category as yet.
SAVE & ACCEPT